On April 26, 1986 at 1:24 a.m. a disastrous event occurred, the worst technological catastrophe of the modern age, which blighted the lives of millions of people. That night reactor number four of the Chernobyl nuclear power station exploded. The explosion unleashed tons of radioactive dust into the air, where, transported by winds it contaminated both hemispheres of our planet, settling wherever it rained.

The emission of radioactivity lasted for ten days and not less than 2 billions of Curie of radioactive substances were released from the exploded reactor (instead of the 200 million Curie estimated by the IAEA and the Soviet Union). Almost the whole of Europe was fouled: according to measurements taken a high level of radioactivity was recorded on April 29, 1986 in Poland, Germany, Austria, Rumania, Finland and Sweden, on April 30 in Switzerland and Italy, on May 2 in France, Belgium, the Netherlands, Great Britain and Greece, on May 3 in Israel, Kuwait and Turkey. Radioactive substances were dispersed globally: on May 2 radioactivity was recorded in Japan, on May 4 in China, on May 5 in India and on May 6 both in the United States and Canada. 65 million people were contaminated.

In less than two weeks Chernobyl had become a problem throughout the entire world. Belarus was the worst hit, with 30% of its territory rendered useless and it will take millennia to recover. It is estimated that the most contaminated areas stretching over 260.000 square kilometers of land, (almost as large as Italy) will return to normal radioactive levels in about one hundred thousand years time. Almost twenty years have gone by, so we have another ninety – nine thousand, nine hundred and eighty to go …

More than 400.000 people were forced to evacuate the area, losing their homes, possessions and jobs, as well as their economic, social and family ties. 500 villages and settlements were evacuated; out of these more than one hundred have been buried forever. The social cost of this catastrophe is incalculable, and over a thirty-year period, has been estimated at thousands of billions of dollars. At the present time nine million people in Belarus, the Ukraine and western Russia continue living in areas with very high levels of radioactivity, consuming contaminated food and water. Eighty percent of the population of Belarus, Western Russia and North Ukraine suffers from various pathologies. After the Chernobyl disaster, in the contaminated areas there has been an increase of 100 times of the incidence in tumours of the thyroid and 50 times in other radiation-related tumours, such as leukaemia, bone and brain tumours. The incidence of malformations due to genetic mutations, of pathologies of the senses, cardio – vascular, skeletal and muscular systems and the connective tissues, as well as diseases of the nervous system and psychic disorders have increased by 30 times. The incidence of premature births has increased by 20 times.

And there will be still more effects to come from the women who at the time of the disaster were under the age of six and are now starting to have children. Only now will we begin to understand the effects of genetic mutation on future generations. In this twenty-year period, according to a rough estimate made by various independent associations, Chernobyl has caused more than a million deaths. 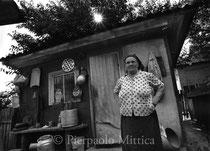 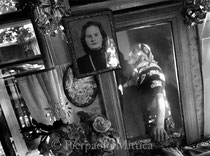 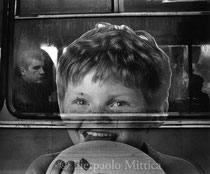 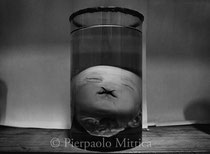 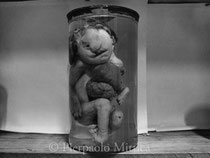 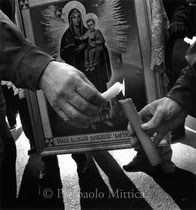