THE LAST WITNESSES OF THE LOST PLACES

Now they are less than 200. They are the last illegal inhabitants of the Chernobyl Exclusion Zone, the so-called samosely, resettlers. Like Hanna Zavorotnya, 83 years old, or Maria Shovkuta, 89 years old. Most of the survived elders are women, traditionally called babushkas, grandmothers, but there are also men like Viktor Petrovich Lukanjenko, 75 years old, or Ivan Ivanovich Semenyuk, 82 years old. They live scattered in the semi-abandoned villages of the Chernobyl Exclusion Zone, surviving as they have always done, with the products of the garden and what nature offers them, but virtually in almost total isolation. No infrastructure, no transports connect them to civilization, only some officials of the exclusion zone who occasionally check to see that everything is in order for them. And their sons who live outside the area and who periodically come to meet them.


An exclusion zone was created by the Soviet government after the Chernobyl nuclear accident on April 26, 1986, of 30 kilometers radius around the exploded power plant. At the time, 116 thousand people were evacuated and transferred to the outskirts of the big cities. The area was too contaminated to allow the population to live there. But some, about 1200 people, decided that life in cities was not for them, too difficult to survive with poor wages and without the products of the garden. And above all too strong the bond with their land to abandon it forever.


After few months of forced evacuation they came back to live in their homes, challenging the ban of Soviet government. Some of them even never went away. Today less than 200 people remain of the 1200 returned to live in the area shortly after 1986, time and radiations have taken them away. Today the last survivors are very elderly. When the last of them will die, the culture of the villages of the province of Polessie, with their history, traditions and customs will end forever. Memory will disappear because radiation does not just erase life, but also history. They are the last witnesses of the lost places, lost forever.


The few inhabited villages of the exclusion zone will disappear permanently, and homes and personal belongings, which have accompanied them all their lives, will be swallowed up by vegetation and destroyed by time. Like the house of Nikolai and Anastasia in Parishev. Nikolai died two years ago and his son took his mother Anastasia away from the area to live with him in Kiev, to not leave her alone. Now their home is abandoned, the vegetation and time is consuming everything. What remains is a picture hanged on the wall, a faded portrait of Nikolai and Anastasia, sitting side by side on the bed, the only remaining memory of their lives in that house, that country, in that land. It is hanged on the same wall where the bed was leaning. But the bed is gone, as there are no more Nikolai and Anastasia. 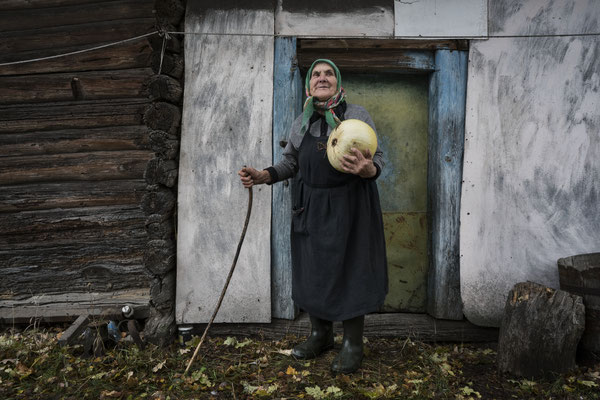 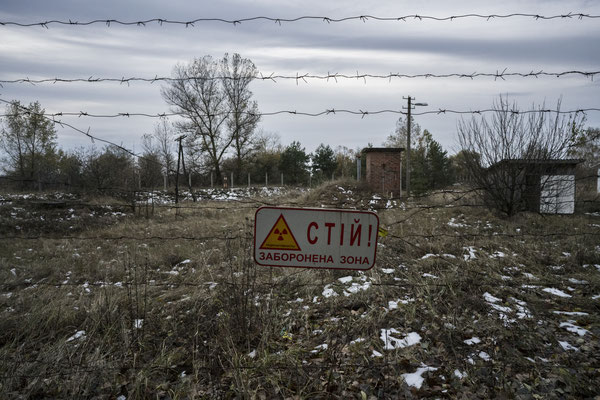 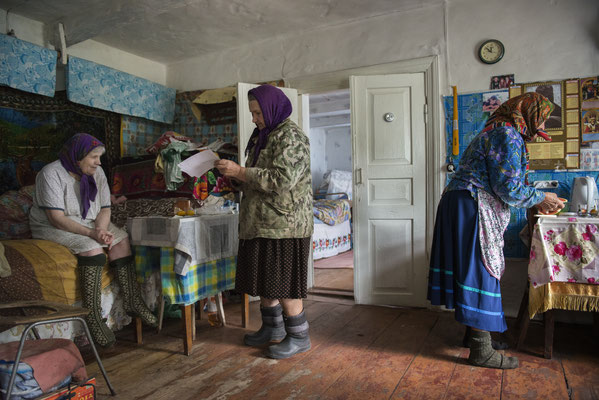 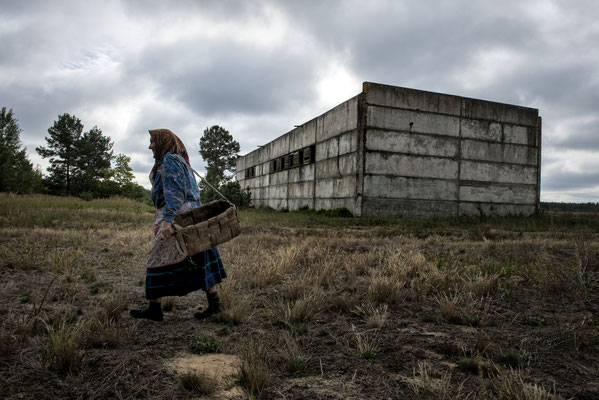 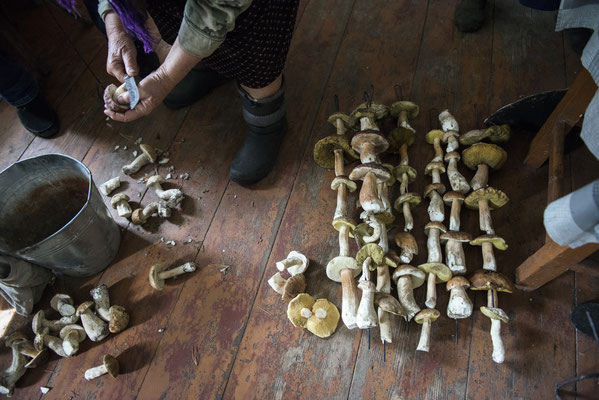 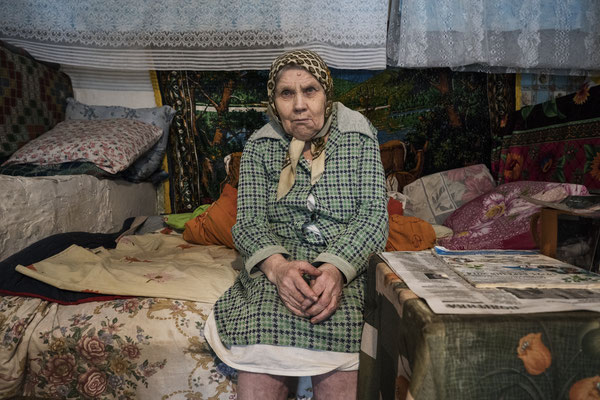 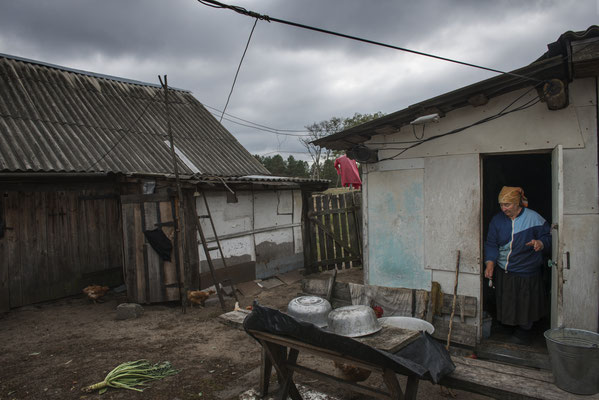 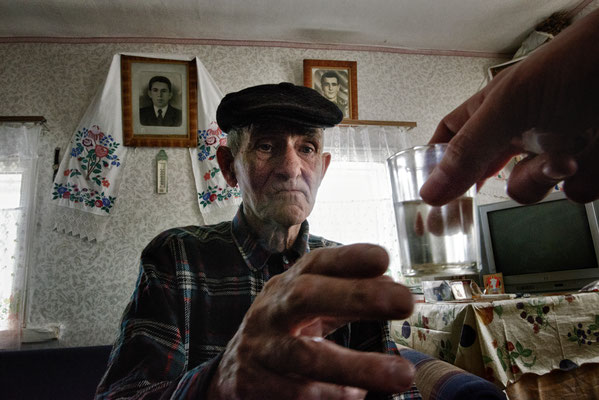 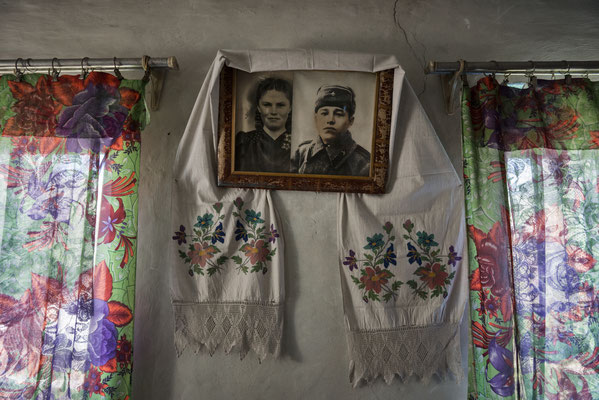 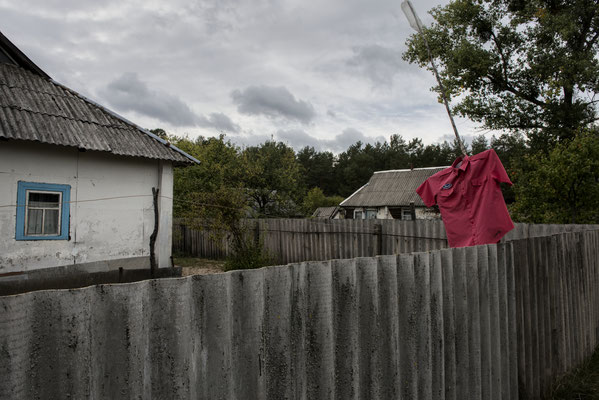 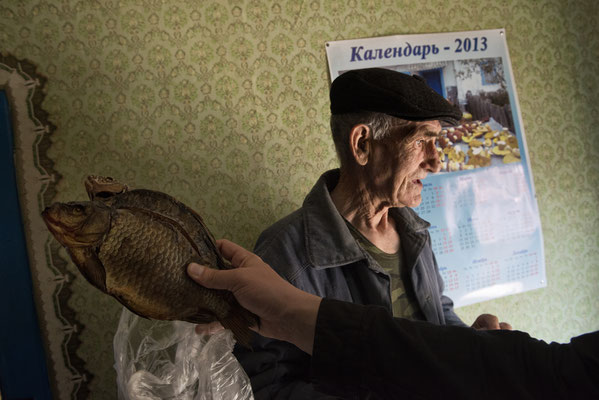 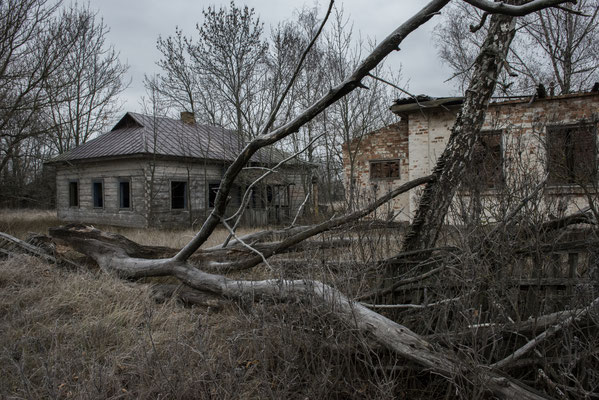 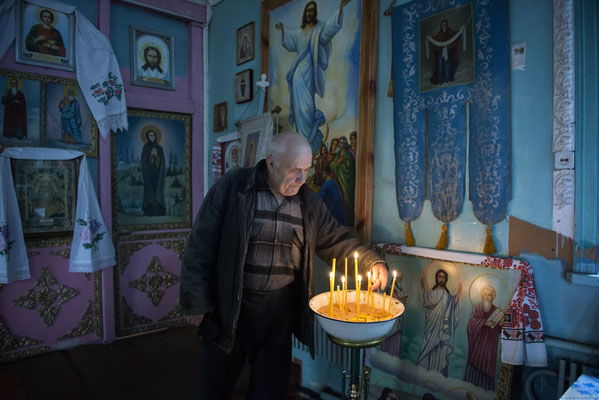 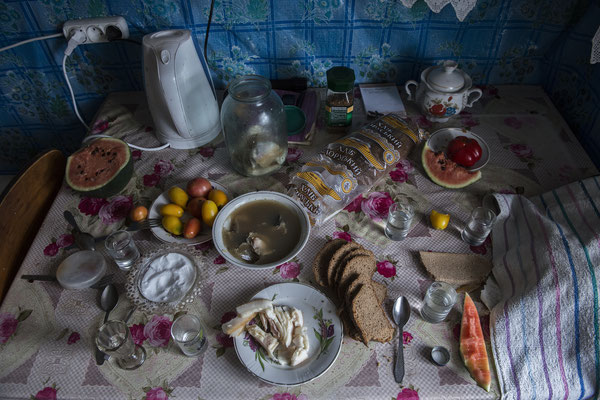 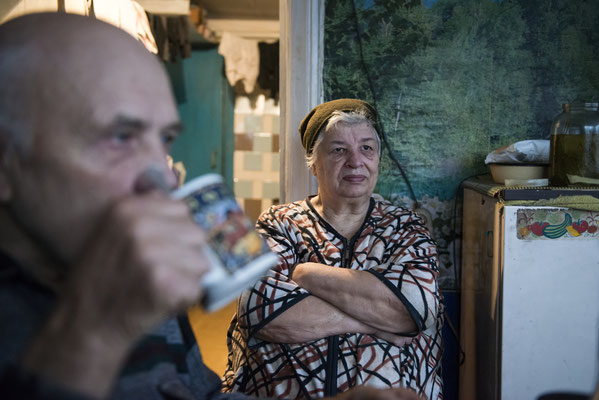 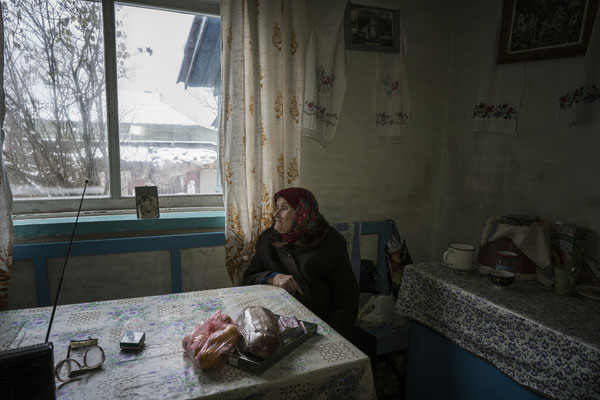 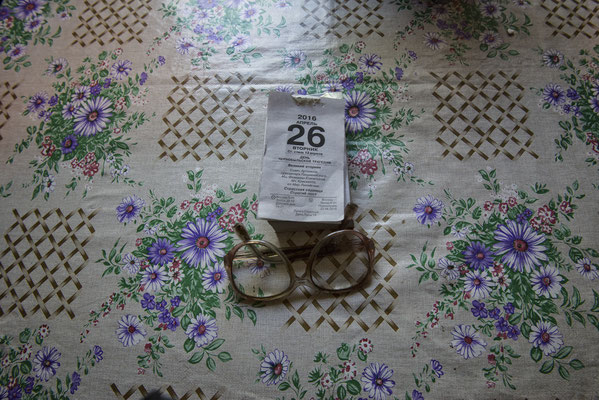 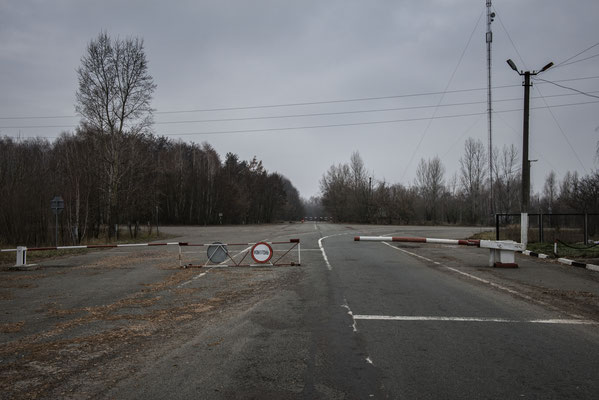 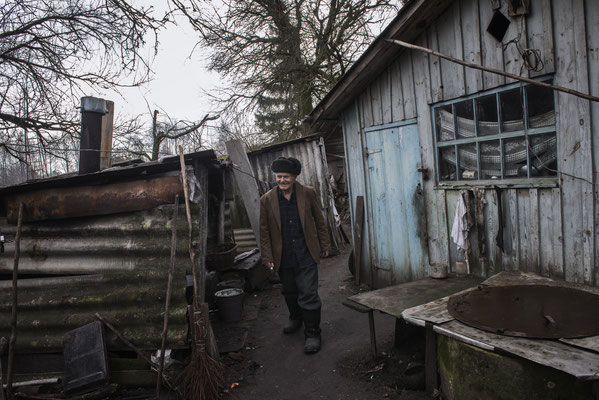 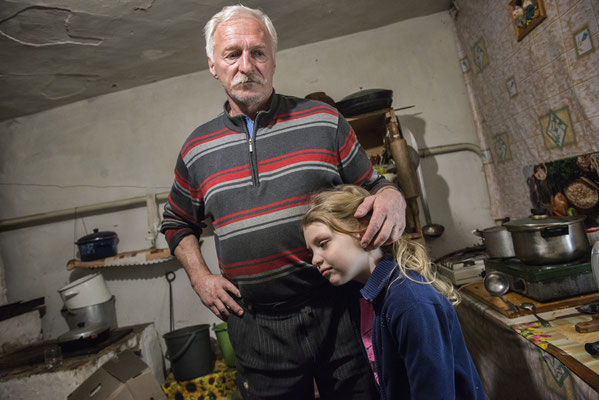 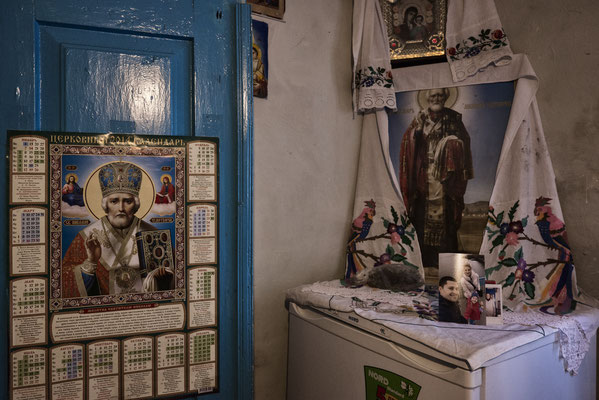 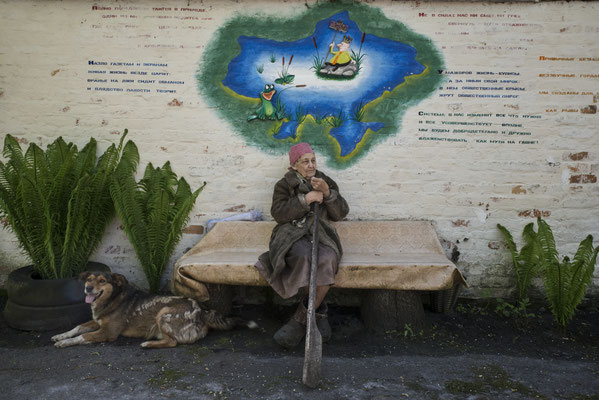 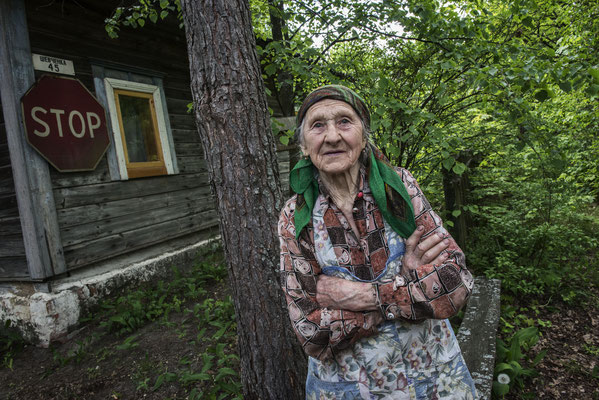 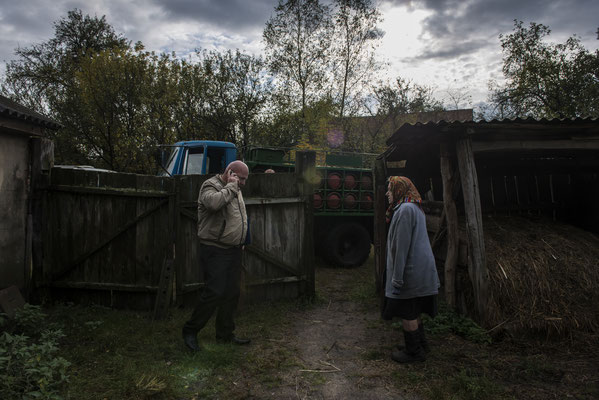 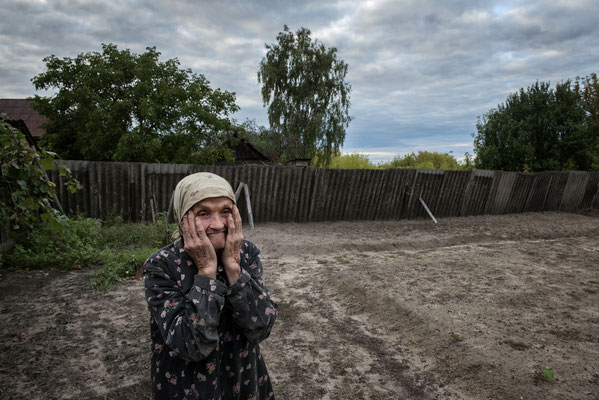 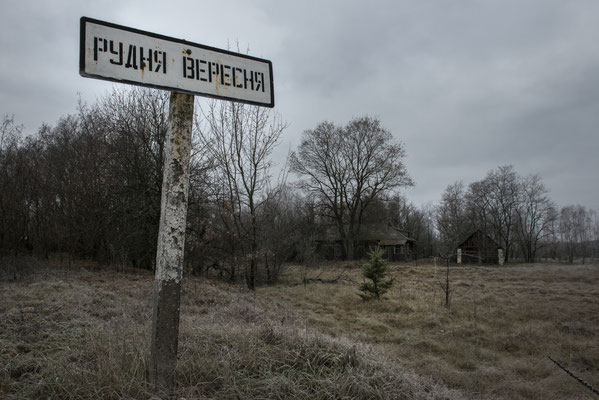 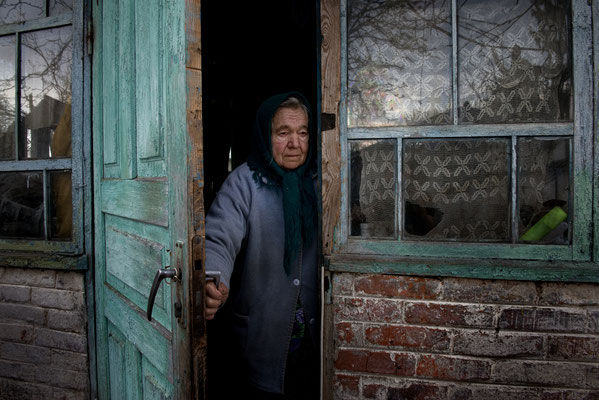 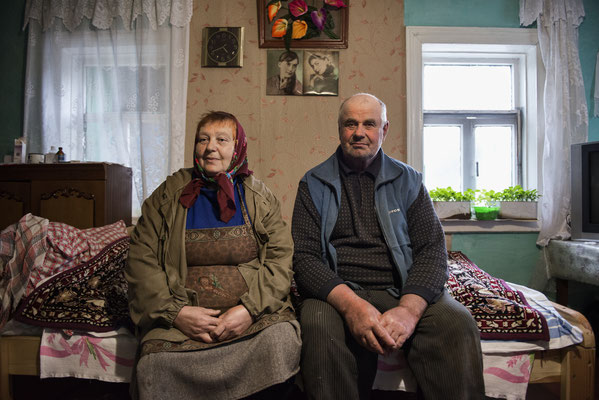 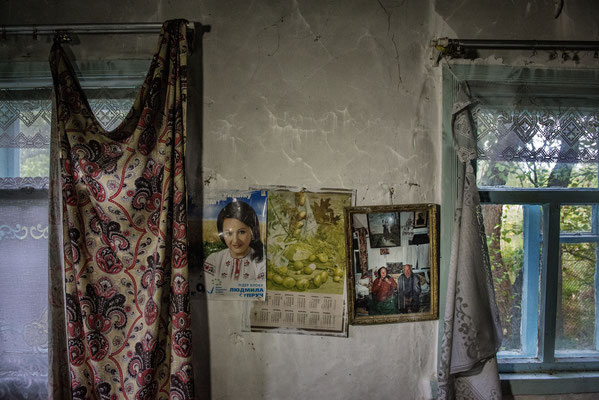 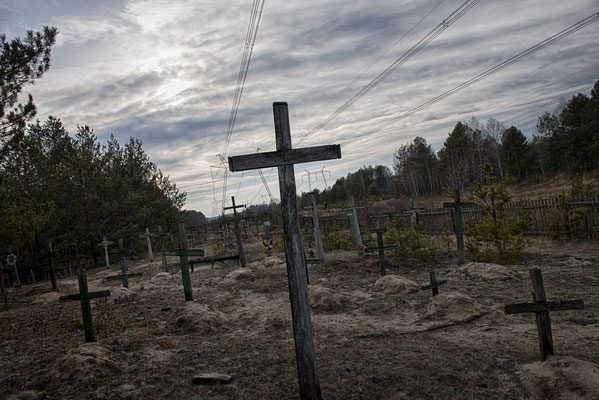